My first season in mosquito control was 1982 as part of my first summer work position with a biological services firm.  Mosquito Control, in BC anyways, was in it’s infancy.   Since then I have helped grow and expand mosquito control from four or five communities and Regional District (equivalent to County) programs located predominantly in south BC to programs now operating in 10-12 Regional Districts and +/-80 communities located throughout British Columbia and Yukon.

In 1986 my original supervisor and I started our own company, and in 2012 I purchased the remaining ownership shares from him and am now the sole owner.   Having started in mosquito control in 1982, I think that I am probably the most experienced, I mean oldest, professional in the province providing this unique service. I’ve been a member of the NWMVCA since 1986 and have been our provincial (BC) representative for 7-8 years and NWMVCA President at least once before 2020.

I like old cars, rugby and football.   I enjoy being outside all summer and inside all winter.   It’s like having two careers, one is field biology, and the other is a report and technical writer.    I’ve been married to my wife Kelly for 35 years and have two kids, a son and daughter.  Neither of them foolish enough to pursue this line of work.    Too bad, they don’t know what they are missing.   Ha ha     It has been a truly unique career. 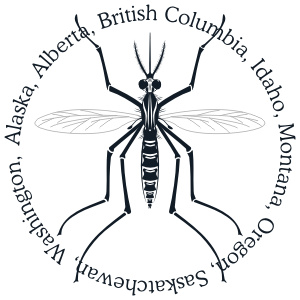 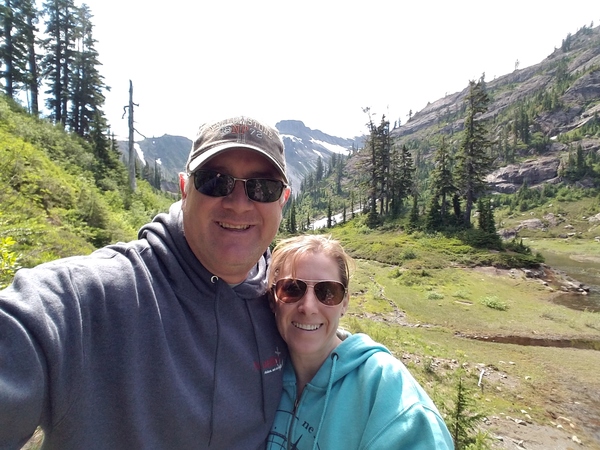 As a Florida born, but now a Pacific Northwest loving individual, my path towards mosquito control didn’t follow what could be considered a traditional road. After graduating from The University of Montana (98) with my BS in Finance (I know funny right), I was recruited right out of college to run the large group risk management division for a consulting group. In 2002, I branched off and started my own consulting firm working with companies on mitigating risk in a litigious environment. I owned and operated this firm for eight years, at which time I sold the firm. In the spring of 2009, I was approached by the Principal Attorney for an environmental remediation defense law firm to be their Business Manager. I worked in this roll until the spring of 2012 at which time my father approached me to discuss his exit strategy with Clarke. Since the fall of 2012 I have been with Clarke working in the Pacific Northwest and have truly enjoyed building the many relationships with all of you and I look forward to what lies ahead of us in the future.

I am a family man and I love the outdoors and all that it provides us. My wife (Heidi) and I have been married for 22 years and if I’m not out visiting one of you at your office, there is a good chance I am out in the woods somewhere enjoying what gifts it provides. Between camping and hiking in the summer months, to hunting in the fall, or snowmobiling and snowshoeing in the winter, I truly do love the outdoors.

My name is David Herter and I have been with Bannock County, Idaho for 29 years and in mosquito control since 2006. I started the Abatement District in 2006 when Idaho led the nation WNv (West Nile virus). We started as an emergency declaration and became a sustaining District in the fall of 2008 when the citizens of Bannock County voted to keep the District.

I enjoy camping and the outdoors. I love travel and to meet new people. I also love to cook and entertain friends whenever possible. I became a member of the NWMVCA in 2007. I am also the Secretary/Treasurer for the IMVCA (Idaho Mosquito and Vector Control Association). 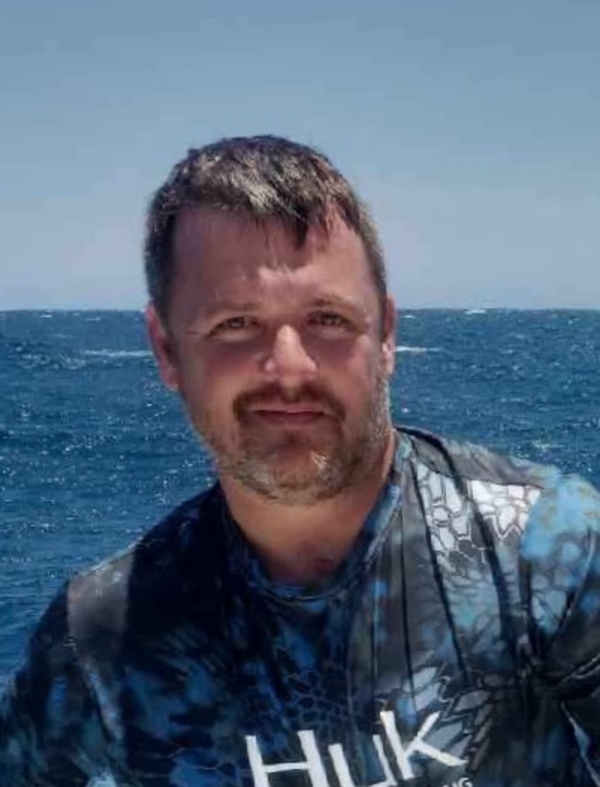 I began my mosquito control career as a seasonal employee at West Umatilla Vector Control in 1998. In 1999, I was hired to work one season with Multnomah County Vector Control. After the season was over, I decided to pursue a college degree studying Business Administration and Public Health at Oregon State University. During my next three summers I worked as a seasonal for West Umatilla with increasing responsibilities each year. In 2003, I came across a great opportunity to manage a program in eastern Oregon at Union County Vector Control. I quickly found out that running a mosquito control program was very exciting, both in positive and unfortunately some negative ways. I spent twelve seasons at Union County before another opportunity presented itself, and I found my way to Yakima, Washington to run their mosquito control program where I’ve been for the past five years.

As others have stated, and I’m sure it’s true for a lot of people in the Northwest, I enjoy outdoor activities such as camping, hunting and fishing. I love spending time with my high energy boys (ages 3&5) and with my wife. 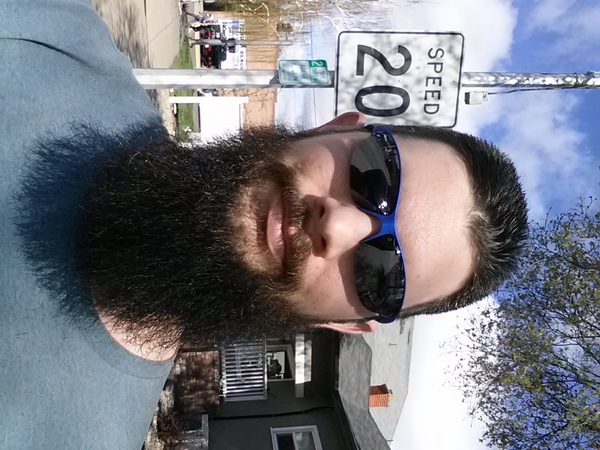 I am the West Region Sales Manager for Vector products at Central Life Sciences. A long time ago, in a galaxy far, far away, I earned both a Bachelor of Science degree in Wildlife Management and a Master of Science degree in Biology from Eastern New Mexico University, which is also where I met my amazing wife Deborah.

Prior to joining CLS, I worked for Vector Disease Control International (VDCI) as Vice President of Western Operations and Regional Director, implementing, managing and directing the operations for all of VDCI’s privately contracted mosquito control programs in the western U.S.  Over the years I have also worked as the Natural Resources Specialist for the Pueblo of Laguna in New Mexico and as Chief of Natural Resources at City of Rocks National Reserve in Idaho.

I love animals and all thing outdoors, from hiking in the mountains to snorkeling in the ocean.  Cooking and being in nature are my means of relaxing and recharging.  I’m an avid reader and I enjoy writing stories and poetry as a hobby.  I am very excited to be the Industry Representative for the NWMVCA! 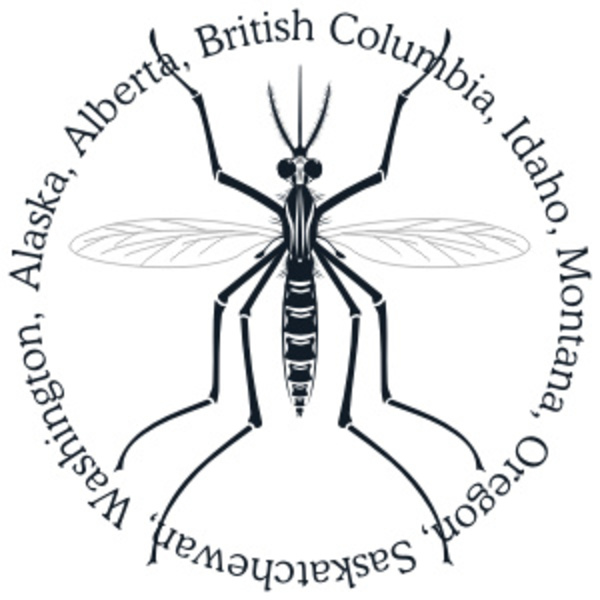 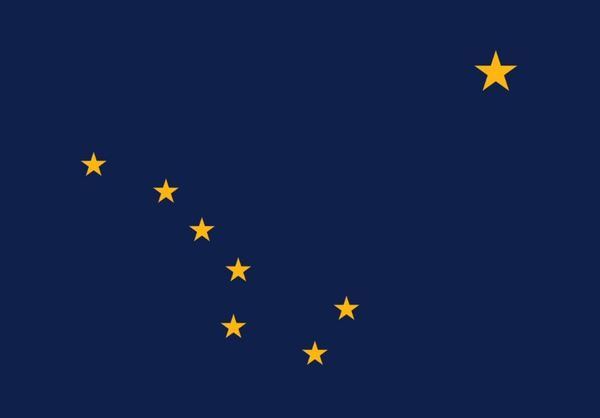 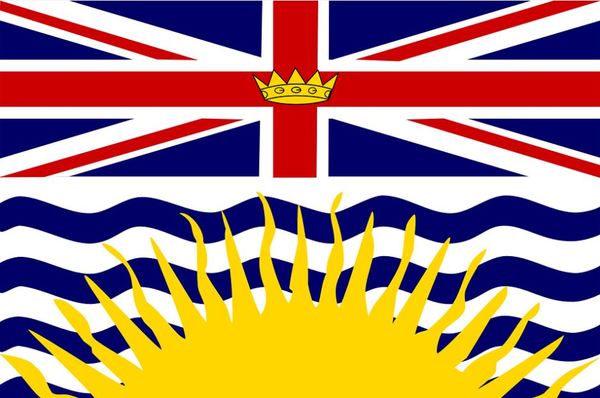 Desireé Keeney, BS in Biology with an Ecology emphasis

Desireé Keeney is the Deputy Director at Ada County Weed, Pest, and Mosquito Abatement District, where she has since 2007. Desireé received her Bachelors of Science Degree in Biology with an Ecology emphasis from Boise State University where she also completed field work in wildlife habitat management, plant ecology and fire rehabilitation restoration with various agencies throughout the state of Idaho. She currently manages field staff & operations in each department (Noxious Weed, Pest and Mosquito) while maintaining three distinct budgets. Desireé has served on the Idaho Mosquito and Vector Control Association Board, including as past President, currently she serves as the State of Idaho Representative for the Northwest Mosquito and Vector Control Association and serves on the Science and Technology Committee for the American Mosquito Control Association. In her off time, Desireé enjoys spending time in the outdoors, camping, hiking, rafting, photography, travel, and hunting and fishing with family and friends. 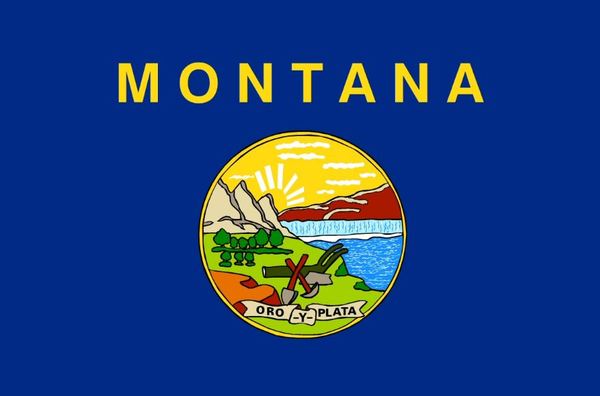 Hi, my name is Jake Rubow, and I am the acting program coordinator for the Flathead County Mosquito Control District in Kalispell, Montana. I began working in mosquito control as a seasonal technician with Flathead County in 2015, and received a permanent position in 2016. I’m excited to be the new state representative for Montana, and I also edit the NWMVCA newsletter. So, if you get pestered with emails looking for updates twice a year, that’s me. When not killing mosquitoes, I love spending time outdoors with my wife and two awesome little girls. 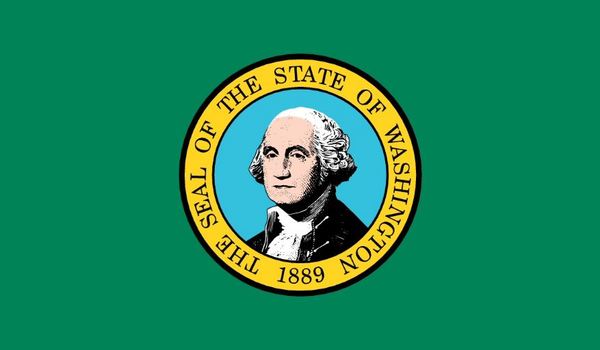 I started in mosquito control as a seasonal employee at Adams County Mosquito Control (ACMC) in 2003, just after finishing high school.  I only intended it to be a summer job during college, but obviously it became much more than that.  I received a BA in History in 2009 from Brigham Young University and taught high school history for 8 years at Othello High School, while working for ACMC during the summers.  I enjoyed teaching a lot, but knew that if an opportunity presented itself in mosquito control, I would go for it.  The longtime former manager and my mosquito killing mentor, Tom Haworth, retired and I was fortunate enough to get hired for his position beginning in June of 2017.  I love the job and feel very fortunate to be in this position.  My wife, Molly, and I have 4 children and are very happy and content to be in Othello.  I enjoy watching and participating in sports, coaching basketball and tennis at our local high school, and spending time with Molly and our kids.

While not an actual standing committee of the NWMVCA, the American Mosquito Control Association (AMCA) is an important part of our Association.  The AMCA is dedicated to providing leadership, information and education leading to the enhancement of public health and quality of life through the suppression of mosquitoes.  The NWMVCA plays a role is that mission statement and the success of the AMCA means increased success for the NWMVCA and its members.

The Director for the AMCA's North Pacific Region is Greg Barron.  If you should have AMCA related questions or comments, please contact him at Greg Barron.

The Audit Committee shall consist of three voting members of the Association whose duties shall be to annually examine and audit the books of the Secretary/Treasurer, and to report their findings at each annual meeting.

The Awards Committee shall consist of at least three voting members of the Association. The President shall be a member of this committee. The remaining committee members shall be selected by the Executive Committee.

The Executive Committee shall operate under the guidelines established in Article VII, Sections 1, 2, and 3 of the Constitution.

The Membership Committee shall consist of at least three voting members of the Association appointed by the President.

The Nominations Committee shall consist of four voting members of the Association (with one committee member also being a member of the Executive Committee) who shall, prior to July 1st, submit to the Executive Director their designation of nominations for each office to be filled in the ensuing year, except the office of President, President-Elect, Past President, and the Executive Director. Where nominations are not unanimous, the names of the two nominees receiving the most votes by the Nominating Committee will be placed on the ballot for mailing to the voting membership. All nominations, including write-in candidates, shall carry the consent and assurance that they will serve if elected.

The Public Education Committee shall consist of at least three voting members of the Association appointed by the President.